London is a major centre of higher education teaching and research and its 43 universities form the largest concentration of higher education institutes in Europe.[27] In 2008/09 it had a higher education student population of around 412,000 (about 17 per cent of the UK total), of whom around 287,000 were registered for undergraduate degrees and 118,000 were studying at postgraduate level.[251] In 2008/09 there were around 97,150 international students in London, about 25 per cent of all international students in the UK.

A number of world-leading education institutions are based in London. In the 2014/15 QS World University Rankings, Imperial College London is ranked joint 2nd in the world (alongside The University of Cambridge), University College London(UCL) is ranked 5th, and King's College London (KCL) is ranked 16th The London School of Economics has been described as the world's leading social science institution for both teaching and research.[ The London Business Schoolis considered one of the world's leading business schools and in 2015 its MBA programme was ranked second best in the world by the Financial Times.

With 120,000 students in London the federal University of London is the largest contact teaching university in the UK. It includes four large multi-faculty universities – King's College London, Queen Mary, Royal Holloway and UCL – and a number of smaller and more specialised institutions including Birkbeck, the Courtauld Institute of Art, Goldsmiths, Guildhall School of Music and Drama, the Institute of Education, the London Business School, the London School of Economics, theLondon School of Hygiene & Tropical Medicine, the Royal Academy of Music, the Central School of Speech and Drama, theRoyal Veterinary College and the School of Oriental and African Studies.] Members of the University of London have their own admissions procedures, and some award their own degrees.

London is home to five major medical schools – Barts and The London School of Medicine and Dentistry (part of Queen Mary), King's College London School of Medicine (the largest medical school in Europe), Imperial College School of Medicine, UCL Medical School and St George's, University of London – and has a large number of affiliated teaching hospitals. It is also a major centre for biomedical research, and three of the UK's five academic health science centres are based in the city – Imperial College Healthcare, King's Health Partners and UCL Partners (the largest such centre in Europe). 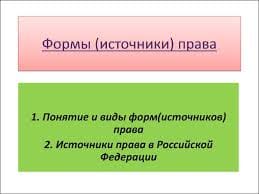