B. Branches, twigs and buds

Branches and twigs support the leaves, holding them up to receive the sun’s light and warmth. They also produce buds that form new twigs, leaves and flowers. A branch supports the terminal twigs, which in turn support the leaves. Branches may be oriented in any direction from horizontally to vertically. A large or main branch is sometimes called a limb or bough, while very small branches are called branchlets.Twigs support the leaves which have the job of making food. Because leaves need to collect the Sun’s rays to make food, they must be held up as high as possible by the twigs. Twigs also transport water to the leaves and sugars from the leaves, using tiny tubes.

There are two types of twigs: vegetative twigs and fruiting spurs. Fruiting spurs are specialized twigs that generally branch off the sides of branches and leading twigs, and are stubby and slow-growing, with many annular ring markings from seasons past. A twig is a small terminal branch section that may bear leaves, buds and sometimes the flowersand fruit of plants. Twigs have terminal buds at the very ends of the twigs. Buds are protected from freezing by a covering of moisture-conserving bud scales.

Twigs also have side or lateral buds, from which side branches de­velop(figure 3.2).

3.3 Find the answers to the following questions in the text 1:

1. Are all trees produced from trees?

2. What kinds of seed forms and coats do you know?

3. What is the role of branches and twigs?

Plants have seeds, and new plant … from them. Trees … seeds, and that is how new trees begin to grow. The … of some trees are nuts. They … to the ground and many trees may grow from them. The seeds of other trees have little wings. They fly on the wind to far-away places and then fall to the … and begin to grow. Some seeds from plants that grow near … float away in the water. Every green plant in the world … from a seed. Once the seed sprouts, it grows into a … that grows into a sapling and eventually saplings grow into… that produce their own seeds.

3.5Divide the words into 3 groups according their meanings: 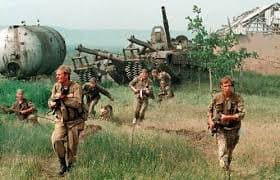