A new report says atmospheric carbon dioxide (CO2) has soared 35 per cent faster than expected over the past seven years, meaning that climate models are underestimating how much hotter the world will become this century.

The findings from the Global Carbon Project, the University of East Anglia and the British Antarctic Survey attribute the inefficient use of fossil fuels and a drop in the ocean’s ability to absorb the greenhouse gas as the cause of the surge. The report in the Proceedings of the National Academy of Sciences says that rapid expansion of the Chinese and Indian economies, and the construction of coal-fired power plants, are partially responsible for the increased rate that CO2 has spewed into the atmosphere. The researchers said one of their most disturbing findings points to increased winds in the Southern Ocean around Antarctica bringing up carbon-saturated waters to the surface, preventing the vast body of water from absorbing any more carbon.

13. Make as many as possible word combinations with the following words from the two columns:

1. What does the new report say? 2. What countries are partially responsible for the increased rate of carbon dioxide? 3. Which is one of the most disturbing findings of the researchers? 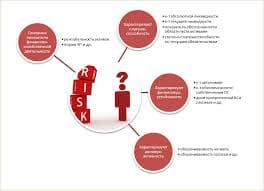