In 1999 NATO drew up a list of five scenarios for the development of Russia over the next 10 to 15 years, according to extracts of a secret document published by El Mundo newspaper.

The most likely event is that the country will not achieve until the year 2010 the economic growth rate it enjoyed in 1991 and that the Soviet-era level of growth will not be reached until much later.

According to another hypothesis, a communist or radical nationalist government will rise to power and re-establish Russian control over the Commonwealth of Independent States (CIS). NATO considers this scenario unlikely, but possible.

Alternatively, a government which identifies with the West and is likely to reduce the defence budget would take office at the beginning of the 21st century.

The fourth scenario envisages a Russia attempting to recover its lost military strength under the direction of a leader of the Alexander Lebed ilk. The former Security Council chief is an authoritarian exponent of economic reform.

Finally, the army could intervene in an effort to (= trying to) restore order as (в то время как) the country falls prey to financial collapse, political chaos and threat of civil war.

In each case, Russia's prime foreign policy aim would be maintaining its "independence, its territorial integrity and its sovereignty," NATO said.

The second aim would be "to establish a dominant influence over members of the CIS and to exert as much influence as possible on Baltic states," the document added.

NATO said it was "unlikely" that a defensive military alliance would be set up between the former Soviet republics.

Which of the five scenarios do you consider the most likely?

Which of them could be best for the country in your opinion?

Which scenario would be in the interests of the West?

What should be the Russian national idea?

The Ukrainian government abandoned its claim that the economy would finally begin growing according to its previous forecasts. New data suggests gross domestic product could again fall by as much as 2 per cent.

Government figures distributed at the parliament showed that industrial output and GDP could fall by up to 2 per cent this year, while agricultural output and investment could be 5 per cent below last year's levels.

"Taking into account forecast growth rates for agricultural output, investment, exports and imports, GDP ... is forecast at S449,4 billion, or $20 billion to 30 billion lower than seen in the law on the federal budget," a government report said.

The forecasts and the official confirmation that Ukraine long-awaited economic turnaround is still far away and aretimed to (ср. приурочить) convince Rada deputies to adopt the government's draft budget, analysts said.

The excellent economic performance of Singapore and China has once again made them the two most competitivecountries in the world, according to a survey.

The United States — described as the "undisputed world leader in technology and management" — took third place in the World Economic Forum survey of 53 nations.

By contrast, Ukraine at 52nd and Russia at 53rd were "two faltering giants," not least due to the high level of corruption.

Yury Agababov, a deputy general director at Zarubezhneft, one of the Russian firms which is part of the deal, said an agreement had been signed but did not give further details.

Other companies involved in the deal were Tatneft (an independent oil company with about six per cent of Russia's totalproven crude oil reserves and based in the central region of Tatarstan) and two affiliated units — Tatnefteprom and Tatneftekhiminvest Holding.

Interfax said the deal with Aminex would focus on hard-to-recover reserves of 40 million metric tons of crude oil.

Russia and Italy plan to sign an interbanking agreement for a $260 million intergovernmental credit line to finance investment projects.

The agreement is expected to be signed at the second session of the Russian-Italian Council on Economic, Industrial and Currency-Financial Cooperation which will take place in Moscow soon. The session will be chaired by the Russian First Deputy Prime Minister.

A joint document is also expected to be signed on the results of the council's work in order to map out the guidelinesof future economic, industrial and financial cooperation, a spokesman said.

Germany's Brauhaase Holding Ltd. and two local partners have been granted a licence to build a $120 million beer factory in central Vietnam. a Planning and Investment Ministry official said.

He said the brewery, which will be located in Nghe An province, would have an annual production capacityof 100 million liters.

Anofficial at one of the local partners, Huu Nghi Company, said Brauhaase would have a49 per cent stake in the joint venture(СП) and that Huu Nghi and Saigon Brewery Company would hold 25.5 per cent each.

Dairy farmers protesting a fall in milk prices blocked distribution centers around France, threatening blocks at some supermarkets. The farmers targetedsome 15 distribution centers in their protest that began at 10 p.m. local time Monday, according to the deputy chief of the National Federation of Milk Producers.

Airline Plans Bedrooms in the Sky

Ten to 12 rooms will be installed in the holdof airplanes and be accessed by a staircase from the main cabin, the Sunnewspaper said. The price of a trip from London to New York would be around £2,900 ($4,600).

(A Study of Breakdowns in Communication)

Several years ago, at a reception which followed(after) a long day of negotiations, a vice-president of an American oil company and his Russian counterpartwere having an informalconversation through an interpreter. The Russian said: "My wife spends so much time shopping, but she comes home empty-handed just about every time" (referring tothe empty shelves and long lines in the then Soviet stores). The American nodded and said: "My wife is exactly the same way. She spends hours going to all kinds of stores without buying a single thing." They smiled, for here were two men who really "understood" one another.

Communicationis important in every business. In energy business, for instance, communication is especially crucial because without it things (everything) can literally explode. While most of us think that the worst kindof communication breakdownoccurs when people fail to understand each other's words or actions, there exists a more dramatic (serious) and potentially damaging kind of communication breakdown — when people are convinced that they understand each other andare headed towardsreaching an agreement, but arein fact miles (if not light-years) apart.

This is precisely the kind of communication breakdown that is observed repeatedly during negotiations, meetings, seminars and other formalor informalevents involving representatives of Western oil companies and Russian ministries and associations. While some of the numerous examples are seemingly amusing, others are not only costly (cost a lot) but oftenresult in "inexplicable" delays in negotiations, frustration withthe intended future partner, and, in many cases, total failure of an undertaking(enterprise).

Every failure also yields useful lessons, however. This article will attempt to reveal some of the causes leading to breakdowns in communication and discuss ways of preventing their occurrence.

First of all, it may help us to keep in mind(take into account) that vast cultural1 differences exist, and will continue to exist, between the peoples of the former Soviet Union and the West. These differences will affect negotiations and businessdealings(contacts) despite the rapid changes taking place in Russia and other republics. The people of the newly formed Commonwealth of Independent States (CIS) have acquiredtheir life-long experience under the old system and it may takeseveral generations before the communication gapbetween the West and the people of the Community can be narrowed to the level currently existing between the United States and Western Europe. At the same time, effective business communication between the West and the former Soviet Union is essential today.

Here are some of the "DO NOT's" that could prevent problems in many situations:

2. DO NOT use corporate lingoand colloquialisms2 in your oral and written presentations. Colloquialisms do not translate well in either direction and are meaningless in most cases. Consult with your language and communications advisorson how to make your presentations clear and effective in the target language.Inmany instances it is beneficial to explain to your advisors what you want to express, have them write it in the target language first, and then translate it into your native language for approval. Although the translation may seem stilted toyou, it isthe target language document that ismore important.

3. DO NOT start discussions or negotiations before you have definedyour terminology. Make sure that the basic concepts(notions) are defined the same way for both of you. There are dozens of concepts such as "escrow account,""amortization" and even "profit" that are in many cases defined differentlyin Russia and in the West, yet all of these words have corresponding Russian-language translations and, therefore, may not raise concernsduring negotiations (for example, "prybil" may be construed by a Russian to mean either revenues or profits).

4. DO NOT assume that your counterpart thinks the way you do. Both of you may have been involved in the energy business for years, yet your business and cultural backgroundsare vastly different, and for years your goals in business have been just as different.

5. DO NOT assume that your counterpart knows what you think he should know. A Russian director of a production association will probably not know what "internal rate of return" or "discounted cash flow"mean. By the same token,a Western vice-president will not be familiar with the "Approval of Oil Reserves" procedure which is a basic concept known by any Russian oilman.

6. DO NOT expect every answer you receive tobe accurate.In many cases the answer may not exist at all or your counterpart may not know it, but will be embarrassed to admit it. This is especially true of legal questions. New Russian energy-related laws have not yet been developed. Besides, newly adopted laws arefrequently amendedor have already become obsolete. In many cases, the law will be open for interpretationand you may receive conflicting answers to a simple question.

And finally, one should realize that it is vitally important to understand not only the words being spoken by your counterpart, but also the ideas and emotions which the latter is trying to convey. 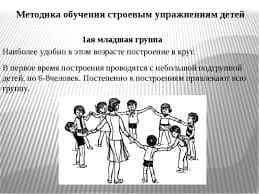 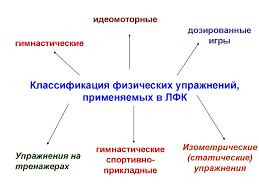 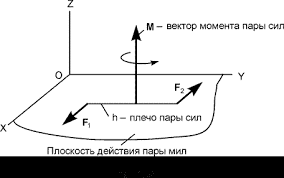 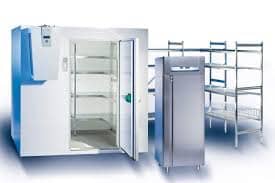 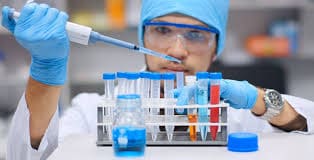