Reply to @NatGeoEnergy Where has fracking resulted in contaminated groundwater, or loss of water in wells? Is there evidence of this happening? 7:11 AM - 9 Jul 2015

Other readers such as Ken Donnelly, above, Madeline McGuckin, and Steve Gould wanted to know whether fracking pollutes and/or diminishes water supplies. A U.S. government analysis released in June essentially concluded that in a small percentage of cases, hydraulic fracturing has contaminated or depleted groundwater.

Well operators add chemicals such as methanol and hydrochloric acid to the mix of sand and water injected underground. The concern is that those chemicals, many known to be poisonous and/or carcinogenic, can leach into the water supply, or that gas can escape into the tap water, rendering it flammable.

What about drought-plagued California, asks Kevin K.C. Navarro: Is water use for fracking cutting into the supply there? Water use for fracking has definitely been on the rise in recent years—check out our Energy Snapshot showing the spike—and soaked up 70 million gallons in California last year. But the overall volume of water used for fracking in the United States is less than 1 percent of the total, the EPA notes.

The real issue, according to experts such as National Geographic freshwater fellow Sandra Postel, is that fracking's high water intensity can stress water availability near the drilling site. Given that 9.4 million people lived within a mile of a fracked well between 2010 and 2013, local battles such as those in Denton, Texas, and Longmont, Colorado aren't surprising. 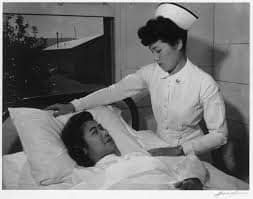